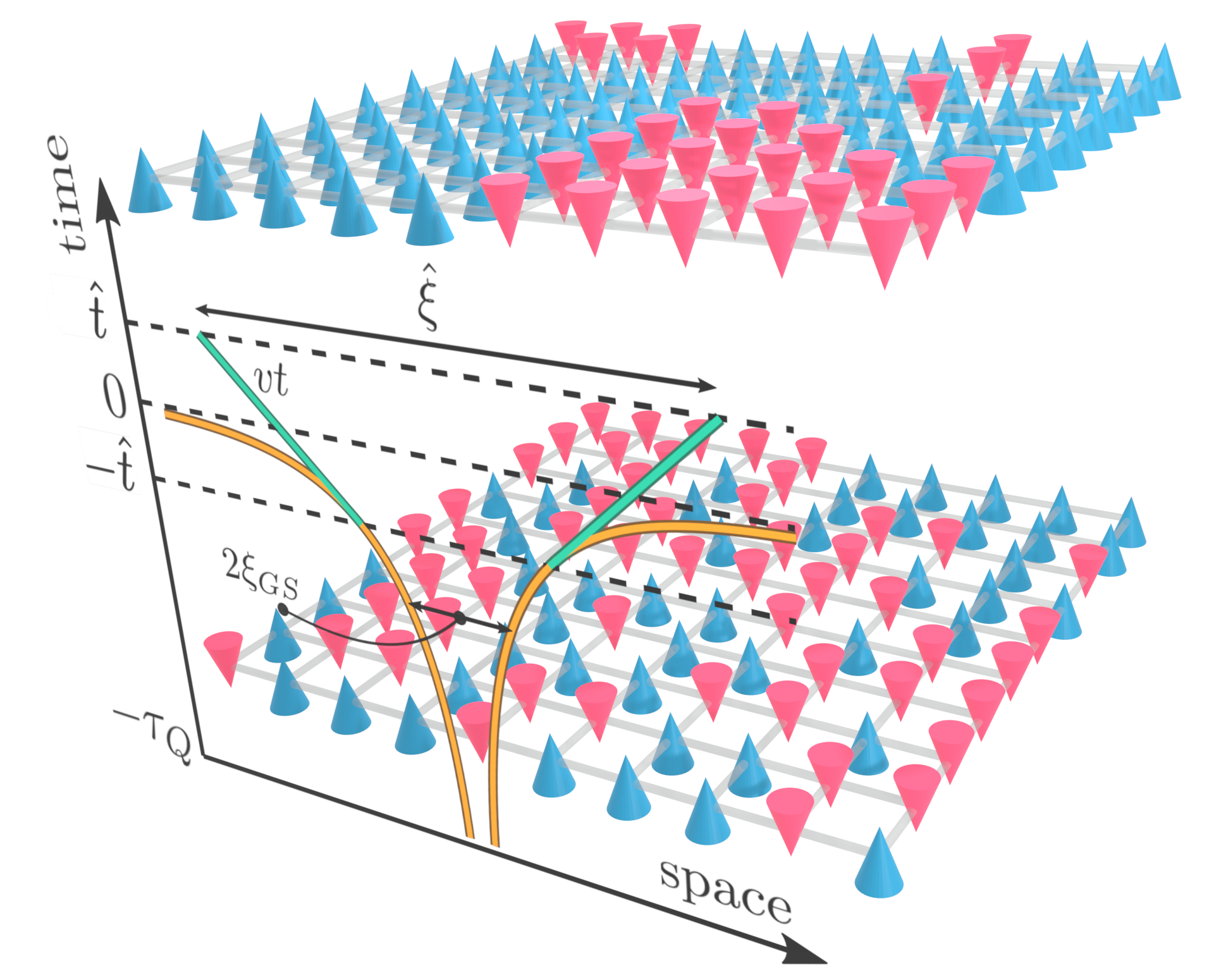 The quantum Kibble-Zurek mechanism (QKZM) predicts universal dynamical behavior in the vicinity of quantum phase transitions (QPTs). It is now well understood for one-dimensional quantum matter. Higher-dimensional systems, however, remain a challenge, complicated by fundamental differences of the associated QPTs and their underlying conformal field theories. In this work, we take the first steps towards exploring the QKZM in two dimensions. We study the dynamical crossing of the QPT in the paradigmatic Ising model by a joint effort of modern state-of-the-art numerical methods. As a central result, we quantify universal QKZM behavior close to the QPT. However, upon traversing further into the ferromagnetic regime, we observe deviations from the QKZM prediction. We explain the observed behavior by proposing an extended QKZM taking into account spectral information as well as phase ordering. Our work provides a starting point towards the exploration of dynamical universality in higher-dimensional quantum matter.